Nancy Equall – Started taking cello lessons when her kids were young and taking music lessons of their own.  What started as an experiment has turned into a very satisfying hobby playing in a variety of ensembles with other amateur musician enthusiasts regularly and also SSO since 2010.  The highlight of every year is playing with the community Messiah production with Carrie and the SSO players. Nancy logged 25 years running the electron microscope at MSU and now spends time volunteering, hanging out with friends and family, traveling, and enjoying a variety of seasonal outdoor activities.

Laurie Howell - Having started with the SSO in the inaugural season in 2010, Laurie is happy and honored to be playing with the current group.  Growing up Laurie took piano lessons, and as an adult was inspired by a co-worker to take up the cello.  Her cello teacher encouraged her to find a group to play with, and that led to the SSO.  In retirement, Laurie stays busy with her grandchildren, a crazy little miniature schnauzer, and most recently pickle ball.

​Rob Maher - Rob played the cello from 3rd grade through college, then for the next 25 years he didn't have an opportunity to play very much--until joining SSO as a charter member in 2010!  He is grateful for the opportunity to learn and to perform music with Carrie Krause and the wonderful members of the ensemble.  Rob is a professional engineer and professor of electrical and computer engineering at Montana State University. Since moving to Bozeman in 2002, Rob has enjoyed spending his spare time outdoors, often running on roads and trails.

Marcia Pickering played the piano since 8, adding the clarinet at 10, and guitar in college. In 2010 she received a surprise cello and immediately joined the welcoming, fun SSO.  Thank you, Carrie!  Marcia and her husband live in Manhattan where she is in her 34th year running a pre-school in her home and teaching piano lessons.  She loves being with her 16 grandchildren, 3 sons, and wives especially at her cabin on Swan Lake enjoying all the lake and outside activities.

Dominique Zosso is a recent transplant to Bozeman. Originally from Switzerland, his family spent 2012-2016 in Los Angeles, where three out of four started taking string lessons. He is very happy to continue this experiment in Bozeman and has found great teachers for all three. In real life, besides obviously enjoying the outdoors—or spending time brewing Kombucha, baking bread, incubating yogurt, or cooking jellies from foraged berries--he is an Assistant Professor of Mathematics at Montana State University, with research interests in applied mathematics, imaging, data science and machine learning.
Violas

Sheila Elwin has played piano, clarinet, and a variety of other keyboards and woodwinds since age 10, but came late to strings, and is enjoying the adventure of viola in the Second String Orchestra. Though semi-retired, she also works as a freelance editor, holds a third degree black belt and instructs taekwondo, and loves pursuing relaxed homeschooling with her teen. A resident of Livingston, she is awed to live in the beauty of Montana — after a lifetime of city-dwelling — with husband, son, two whippets, and a Siamese cat.

Elizabeth Heppler played the piano since childhood, but was drawn to the rich flavor of the viola. After talking about it for a few years, she started with lessons in 2012, and joined the SSO shortly after. She heartily enjoys the camaraderie with the other musicians! Elizabeth lives in Manhattan with her husband, two boys, and various furry animals. She has tuned and serviced pianos professionally in the Bozeman area for over 20 years. She also spends time riding her horses and hiking in the mountains.

Dan Krebill, having played violin in the SSO for several seasons, recently took up study of the viola and has changed sections in the orchestra this year. He is enjoying the routine of regular lessons that continue to reveal the challenge of learning a new instrument that feels familiar but that is surprisingly and pleasantly different in its technique.  Dan is a Bozeman native who has served First Presbyterian Church as co-pastor with his wife, Jody McDevitt, for the last 22 years. Dan sings in the Bozeman Symphonic Choir, and enjoys downhill skiing in the winter, and bicycling in the summer.

Cami Weber - Started out playing the piano and taking lessons in grade school and was introduced to strings when I married a cellist.  I took the parent Suzuki course when our oldest son started taking violin lessons. I then begin taking viola lessons in earnest for the next fourteen years and loved it! Played in the Kamuela Philharmonic Orchestra for six years and the University of Hawai’i Hilo orchestra (all the same people just different conductors) as well as various community groups and a quartet.  My husband and I relocated to Big Sky, Montana in 2015 and joined SSO in 2016.  Such a great group!
Violins

​Charlie Grabbe started taking violin lessons in 2014 and it has been a love of his ever since. This is his first year with the SSO and he joined to expand his knowledge and to learn the dynamics of playing in a group.  He plans to audition for the MSU orchestra and looks forward to starting college this fall.  Charlie enjoys making art, snowy days, and playing with his goat kids.

Dan Guggenheim ended a 30-year hiatus from playing the violin in 2014, succumbing to pressure from his then 10 year old son.  Making music provides a fun break from Dan's work as a father and computer consultant, and he recommends adult music study to anyone seeking creative, intellectual and social opportunities. (Masochists who like feeling frustrated and inadequate will find the violin especially satisfying.)  Dan joined the Second String Orchestra in 2015 and always looks forward to rehearsing and performing with the group.

Stephen Guggenheim is a retired physician-educator who came to Montana to direct the WWAMI Medical Education Program at Montana State University.  He has played violin and viola since childhood and was a member of the Bozeman Symphony Orchestra and Intermountain Opera Orchestra for more than 25 years. He continues to study music with Anna Jesaitis in the belief (probably mistaken) that he can keep up with his son and grandson and that his playing will be better in the afterlife or as a reincarnated being.

Jill Kirk - moved to Big Sky from Indiana last summer, so this is her first year with Second Strings. Jill had a double major in college – in math and music. Although she makes her living as an actuary, she has tried to stay connected with the music world. Jill’s major was in piano, but she has played violin in a community orchestra in Indiana for the past 25 years, so finding Second Strings has been a blessing. 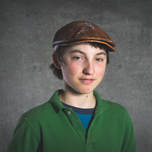 Kade Lessley - Kade’s favorite things include playing music, biking, hiking, backpacking and vast landscapes.  He loves traveling to explore new places, good novels and great bakeries.  Within the next couple of years, he hopes to bike from Canada to Mexico, and acquire his pilot’s license.  He started playing violin at age 5, and looks forward to wherever his musical journey will take him.

Rabbi Ed Stafman played violin from kindergarten through college, and was concert master of his high school orchestra. He gave it up when life became busy with work and family. After spending 25 years as a trial lawyer in Tallahassee, Florida, he attended rabbinic school for 8 years. Ordained in 2009, he moved to Bozeman with his wife, Beth, to become the community's first resident rabbi, retiring this year with the title of Rabbi Emeritus. He is thrilled to have the opportunity to play violin again with the SSO. He is especially appreciative to Carrie Krause and the entire orchestra for providing this fantastic opportunity.

Linda Ward – Inspired by years of participating as a parent in her son’s violin lessons and performances, she started lessons as an adult learner when she realized that gig was over. She started with the SSO in the 2010 inaugural season and feels privileged to play with many diverse musicians. Linda works in the MSU Jake Jabs College of Business and Entrepreneurship.
Powered by